The Croatian name and the Croatian culture grew more prominent in San Pedro in the 1950s with the steady arrival of young Croatian immigrants to the seaside community. These young immigrants were astonished at the great feeling of freedom offered to them in their new American homeland. The love and appreciation for the adopted “Mother America” become obvious each day. Naturally, Croatians continued to love and have pride in Croatia, the land of their birth. Now, having two “mothers,” Croatians in San Pedro wanted to contribute and promote the culture and well-being of both countries with pride and God’s blessings. 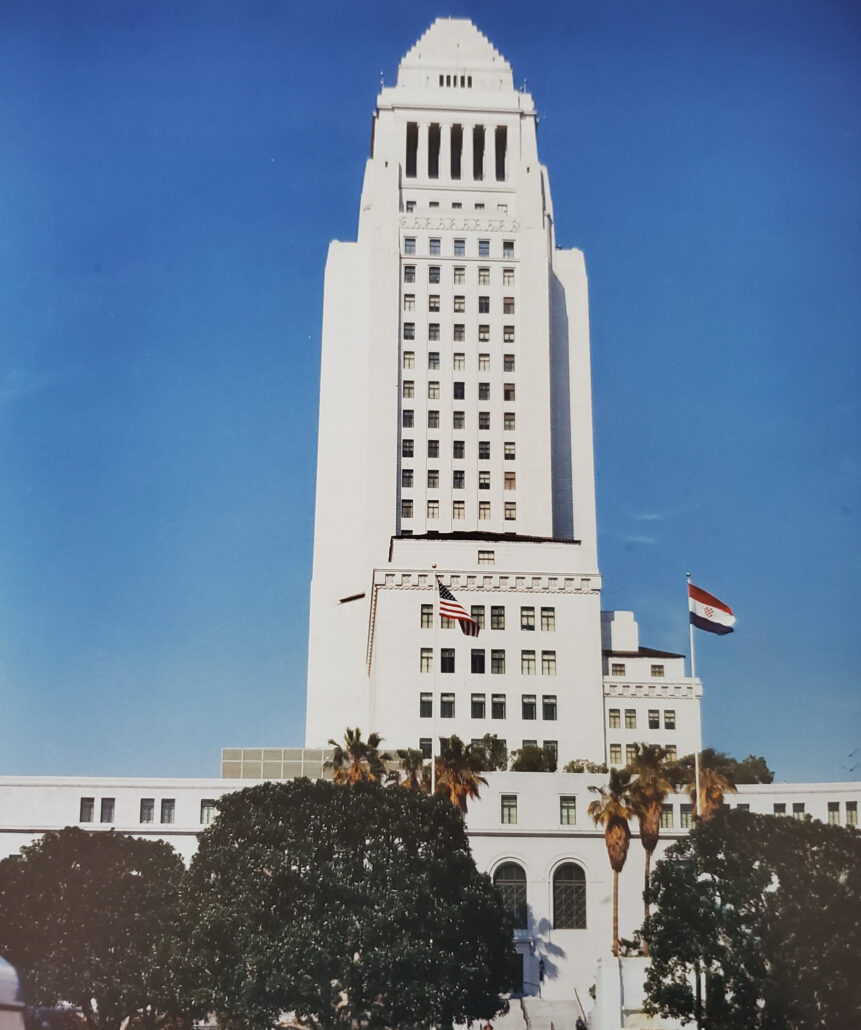 At its founding, the club counted 36 members. Valentin Ivankovic served as the president of the Club first six years. On November 16, 1959 the Croatian American Club of San Pedro was incorporated. Meetings were held regularly once a week at Joska & Vlado Jelenic (brother and sister) residence.

The Croatian American Club held its first picnic and produced its first Croatian play on Sunday, August 30, 1959 on the grounds of the Croatian National Association on Budlong Avenue in Los Angeles. All members of the club got on stage to sing Croatian and American national anthems. Highlights of the program were tenor Frank Politeo, baritone Ivan Mihaljevic, soprano Tina Ivankovic, and accompanist Zdenka Politeo. Invocation was given by Father Felix Diomartic and the Pledge of Allegiance was recited by Biserka Huljev. The membership and cultural activities increased from that time on. 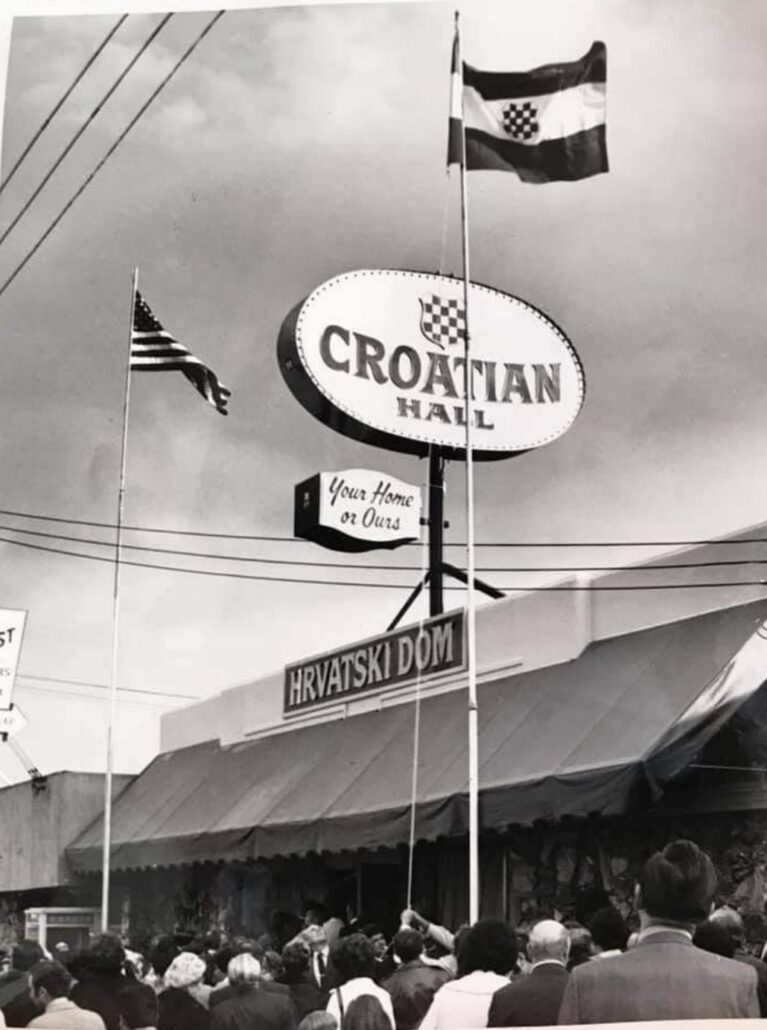 The mid-1960s were a great time for the San Pedro Croatian community. A “Building Committee” was formed that included: Ivan Zivkovic, Vinko Maric, Petar Stajduhar, Ivan Knezevic, Jakov Kardum, Ivo Labar, Ante Huljev, Martin Balov and Vlatko Kolega. The first project, in 1966, was the purchase of a duplex on Fourth Street in San Pedro, which become the first real estate of the Croatian American Club. These individuals were the untiring work force that put their efforts and love in laboring on this project.

In the late 1960’s a great deal was achieved in supporting charities and promoting Croatian culture and ties with the Catholic Church. The club and the Catholic Union Lodge St. Jerome worked together to promote the need for a Croatian priest in San Pedro. During this era, St. Anthony’s Croatian Church, headed by Msgr. Felix Diomartic, with assistance of Father Segaric and Msgr. Petar Blum, served Mary Star of the Sea Catholic Church in San Pedro, by officiating mass, confessions, baptisms, weddings and funerals. The seeds planted in the 1960’s, to secure a priest for San Pedro, bore fruit in 1982 with the arrival of Don Mate Bizaca to Mary Star.