On May 30, 1990, Croatia held its first free election in the history of the nation. The outcome of the vote clearly indicated that the Croatian population preferred to secede from Yugoslavia. The Croatian political party that was victorious in the election ran on a campaign that supported independence. One year after the first free election, the Croatian people again went to the polls to vote on a referendum that asked if the citizens were in favor of independence. In that vote, on May 19, 1991, an astounding 93% of the population voted yes to independence. One month later, on June 25, 1991, Croatia declared its independence from Yugoslavia.

The Croatian people’s desire for independence was met with a hostile attack by joint Yugoslavian military and Serbian para-military forces. At the onset of the Homeland War, 90% of the weapons of the former Yugoslavia were controlled in Belgrade and the war of aggression against Croatia created a brutal humanitarian crisis. During the course of the war in Croatia, approximately 20,000 people were killed and 200,000 Croatians were ethnically cleansed from their homes. In addition, another 100,000 were killed in Bosnia & Hercegovina and nearly a million displaced from their homes. 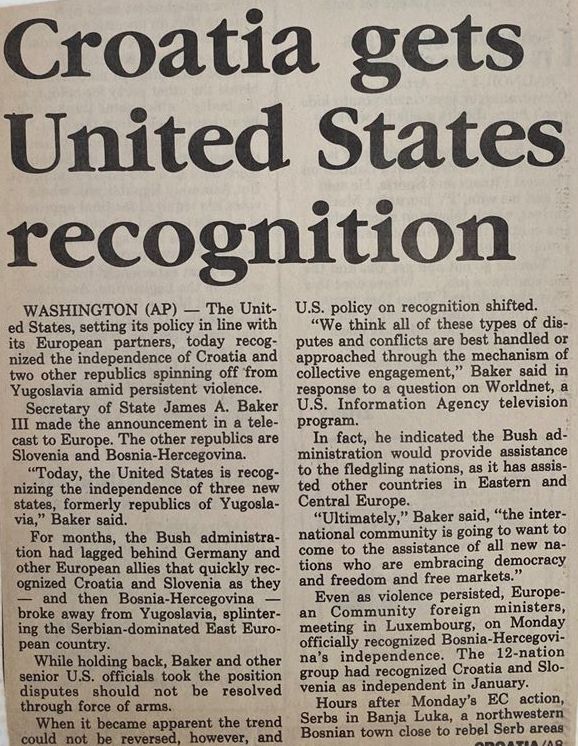 The Homeland War united the Croatian-American community in a campaign to help their loved ones back home in Croatia. In San Pedro, the Croatian-American Club turned its hall into a center for support for the Croatian people. Almost overnight the hall was transformed into a distribution center for humanitarian assistance where people could bring canned food, clothing, blankets, and donate money to send to relief agencies in Croatia. In addition, the club hosted blood drives for the local community as way of showing gratitude to the Red Cross for the medical relief it was providing to Croatia.

The campaign to aid Croatia was passionately supported by young Croatian-Americans in San Pedro. A youth group named Croatian Spring was quickly organized to provide support. Many of the current local leaders of the Croatian American Club and community participated in Croatian Spring activities. This included humanitarian fundraiser dances, candlelight vigils, political protests, media outreach, and even a sit-in at the office of Congressman Robert Dornan.

Political action played a key factor in the response of the Croatian American Club during the war. As Croatia was a newly independent nation, it did not have the political and media relationships to represent the Croatian position to American political leaders and the public. This lack of representation created a political disadvantage and allowed propaganda from Belgrade to go unchecked. 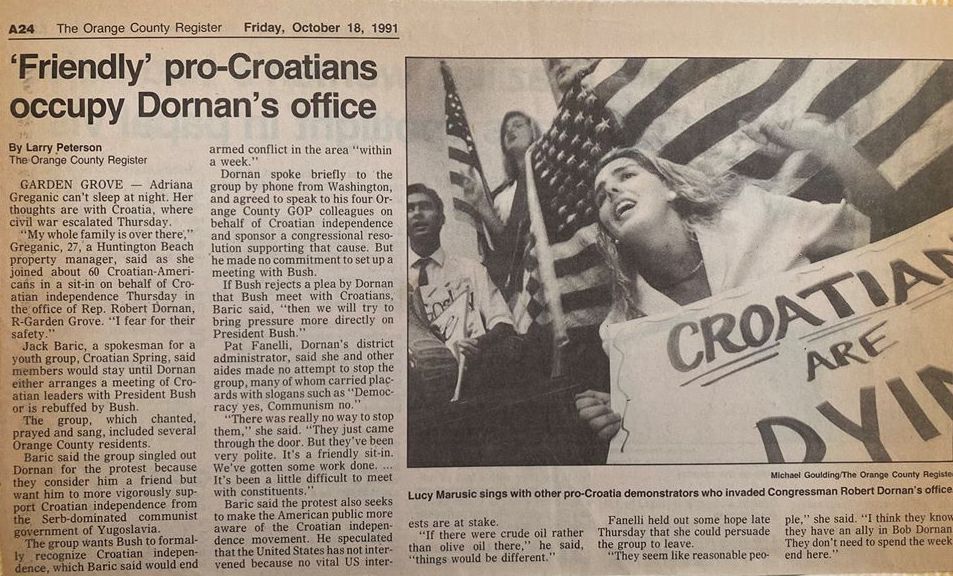 Croatian-Americans filled this void to educate the American public about the facts of the war. Many political leaders and the media were confused about what was happening on the ground in Croatia, but thanks to the efforts of organizations like the Croatian American Club, it quickly became apparent that a war of aggression was being perpetrated against the Croatian people. 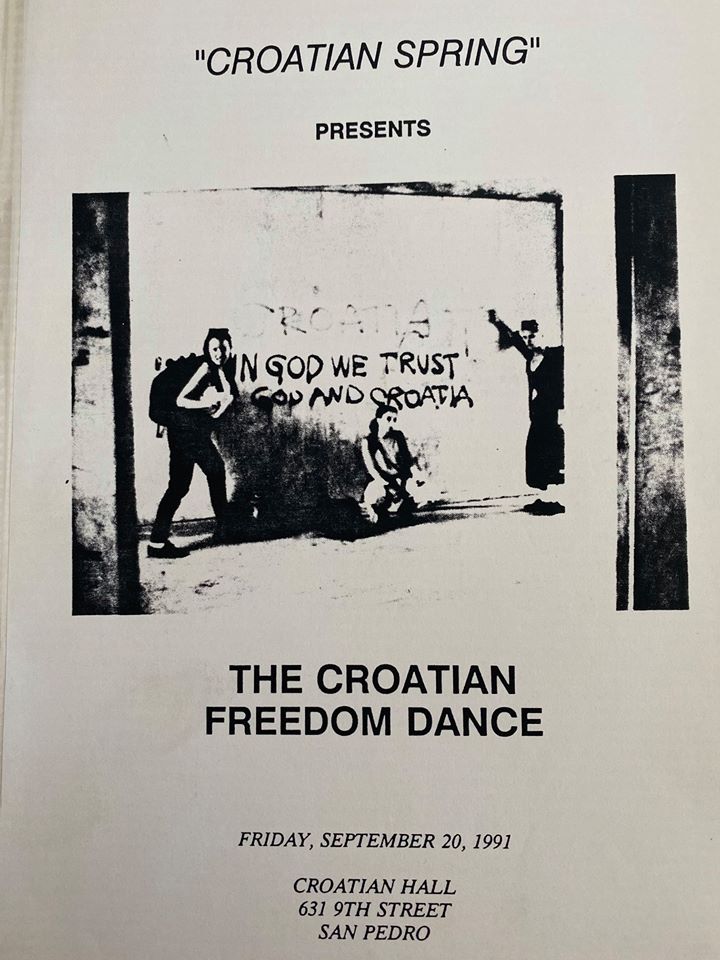 At the onset of the war, the massive weapons advantage of the former Yugoslavian military allowed the war of aggression to start and, at one point, one third of Croatia’s territory was occupied. This problem was exacerbated by the international community’s insistence on an arms embargo, which cemented the weapons advantage against Croatia. The Croatian American Club was one of many organizations that actively lobbied U.S. politicians to either take action to stop the war or to allow Croatia the right to obtain arms to defend itself.

Over the course of the war the Croatian-American lobbying effort proved to be highly effective. The initial inaction of the American government allowed the war against Croatia to begin. However, over time the response shifted. The United States later provided Croatia with military training and did not object to Croatia obtaining the arms to properly defend itself. This ultimately resulted in a Croatian military action named Operation Storm, which liberated the country.

Over the years many leaders in Croatia have acknowledged that without the support of the global Croatian diaspora that they would have never survived the war and Croatia would have lost its independence. The Croatian American Club is proud of playing a big role in that support.